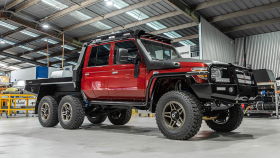 The LC79 Supertourer 6x6 by PCOR is a Toyota Land Cruiser 79 converted into a heavy accessorised 6x6 off-road touring vehicle. The 6x6 conversion replaces the rear section of the frame. The tray is by PCOR. Al range of options is available to customise the vehicle even further.

The base vehicle is an Australian spec Toyota Land Cruiser 79. It does have a 4.5 L V8 turbo diesel engine.

Customers outside Australia can order a vehicle based on the specifications for their country or a Middle East spec Land Cruiser powered by a 4.0 V6 petrol engine.

One of the most prominent features of this vehicle is the 6x6 conversion, using a kit by JMACX. Which replaces the rear section of the frame. Uprated axles housings and a modified rear suspension are part of this 6x6 conversion.

The rear suspension in this conversion consists of coil springs assisted by air suspension.

The front suspension has a lift kit.

The wheels are a PCOR 4x4 design and the tyres can be 33 or 35-inch in diameter.

The tray is a PCOR 4x4 product. 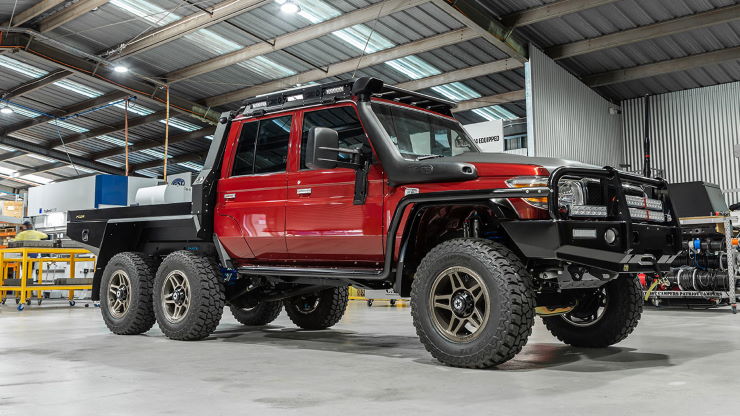 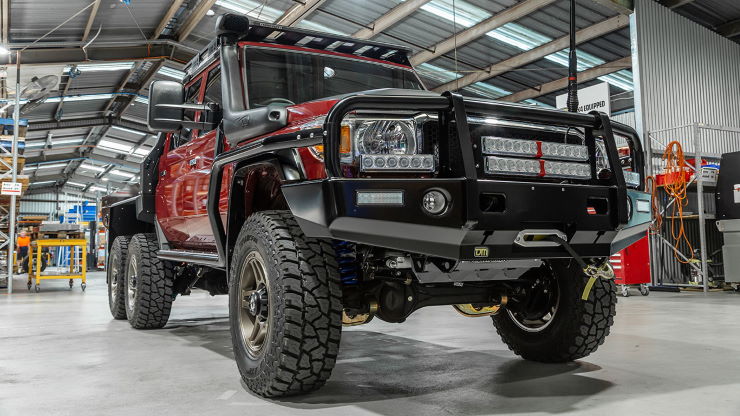 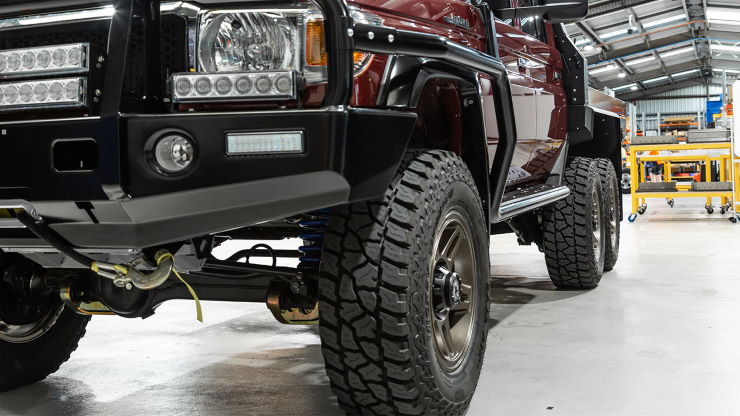 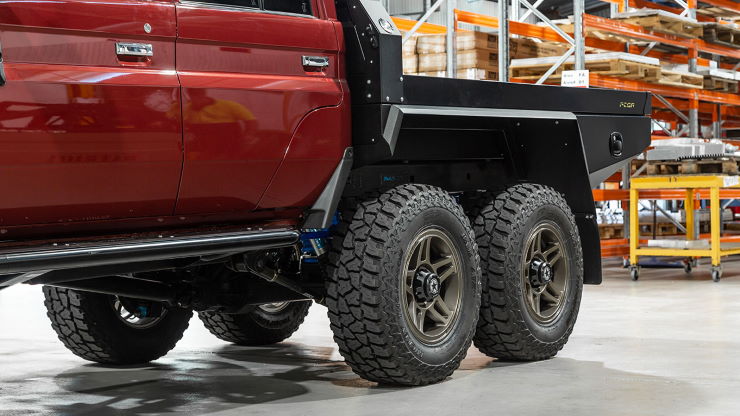 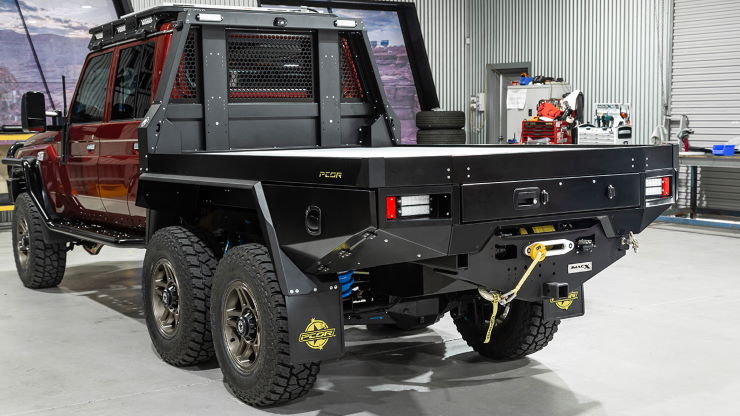 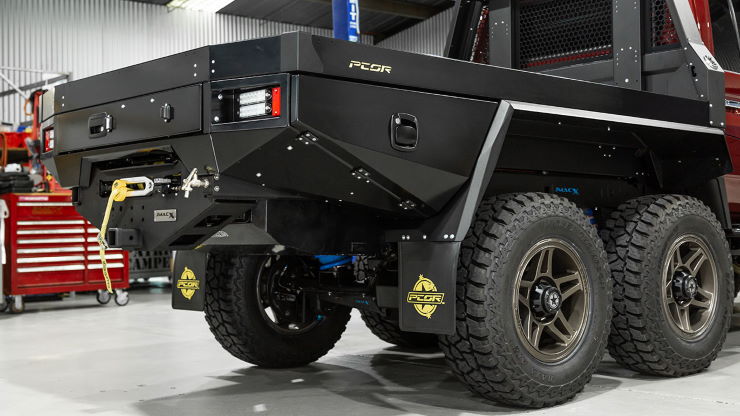 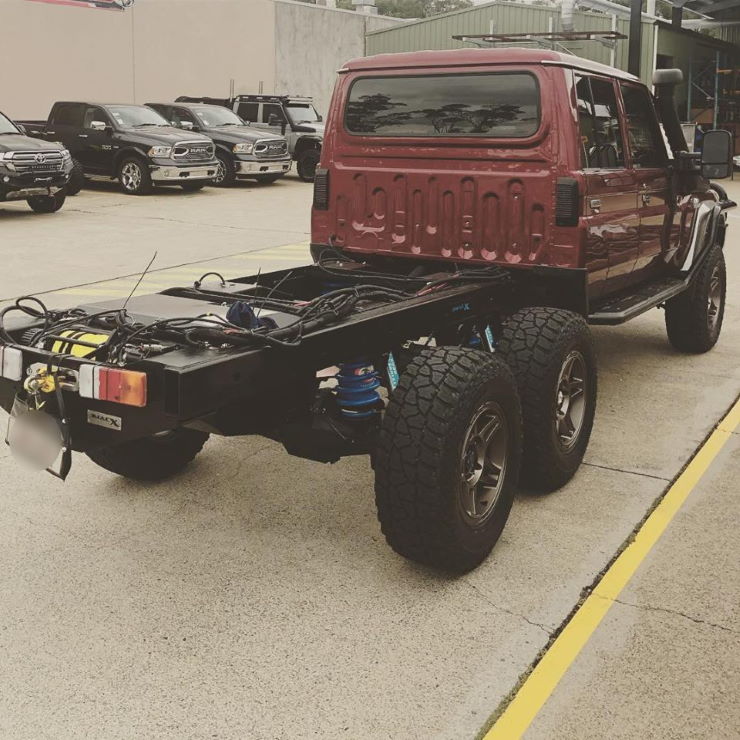