The Land Rover Perentie 6x6 is a military vehicle built by Jaguar Rover Australia. Is was in use by the Australian army and the army of Oman. 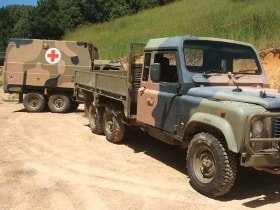 The Land Rover Perentie is a nickname for the Land Rover army vehicles build by JRA (Jaguar Rover Australia) in the 1980s and 1990s. Its name is derived from Project Perentie, the project by the Australian army to select new army vehicles. This project included vehicles with a 1-ton payload and vehicles with a 2-ton payload. In the first phase of the tender, manufactures from around the globe could send an offer. Based on this information, three manufacturers were invited to send test vehicles: Land Rover, Mercedes and Jeep. The tests started in September 1983 and lasted for 18 months. 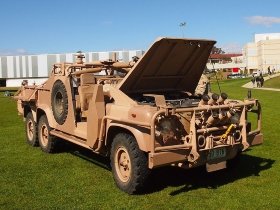 The 1-ton vehicle from Land Rover was a modified Land Rover 110. Due to the fact Land Rover did not have a vehicle which did suit the 2-ton payload class, JRA had to develop a new vehicle. The result is the Perentie 6x6.

By offering a 3-axle version of the Land Rover 110, JRA did archive a significant commonality in spare parts (and tyres) between the 1 and 2 ton versions. Something Mercedes couldn’t offer. Their offerings, the G 300 and the Unimog, didn’t have many common parts. The second selling point of the Land Rover 6x6 was its height. It is possible to transport a Land Rover 6x6 with its canvas still mounted, in a Hercules C-130 plane. None of the other contenders could offer this.

Both the 4x4 and 6x6 do have a galvanised frame. The front part of the 6x6 frame is based on a Land Rover 110 frame, and the rear section is specially designed for the 6x6 version. This frame section does have a unique layout, and it is built from multiple steel beams.

The 6x6 version does have a larger cab, as the army requested more space inside the cab. Some prototype vehicles did have the stock Land Rover cab.

The Australian army spec Land Rover 110 4x4 is powered by an Isuzu 3.9 L diesel engine, the 6x6 by the turbo version of this block. Land Rover Australia did use this engine in civilian vehicle vehicles in the 1980s and early 1990s. 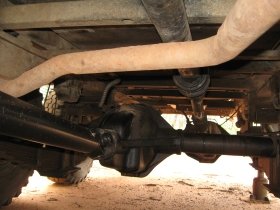 The gearbox is a 4-speed manual gearbox. It drives a 2-speed transfer case.

The 4x4 does have permanent 4-wheel drive. The 6x6 version features a PTO on the transfer case to drive the third axles via a clutch and an extra prop shaft. This clutch is only engaged when the vehicle drives off-road. On-road it has a 6x4 drive (first and second axle) 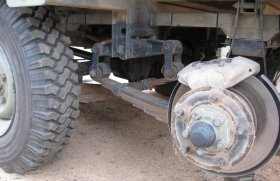 The 6x6 version does have coil springs on the front axle and leaf springs on the rear axles. These leaf springs are connected by a load sharing mechanism. This load sharing mechanism is similar to the one found on 6x6 conversions based on Land Rover type III and stage I vehicles. Some sources claim JRA did have a Land Rover Sandringham Six 6x6 conversion by the British company SMC in their development fleet.

JRA did supply the Land Rover 6x6 in 17 body variants to the Australian army, including the long range patrol vehicle (LRPV) for the SAS.

Land Rover delivered the first batch army vehicles between 1988 and 1990, the delivery of the 6x6 started in 1989. The army ordered a second batch under the project Bushranger and took delivered of these vehicles from 1998.

Over the years, several armies tested the Land Rover Perentie 6x6. In 1991, a batch of left-hand drive vehicles was delivered to the army of Oman.

The first batch of 6x6 vehicles did have drum brakes on de the rear axles. Later vehicles have disc brakes. The Australian army did convert the older vehicles to disc brakes.

The leave springs op on the rear axles did receive an upgrade from 7 to 11 leaf. The purpose of the upgrade was to improve the suspension life. This upgrade did not change the payload capacity of the vehicles. 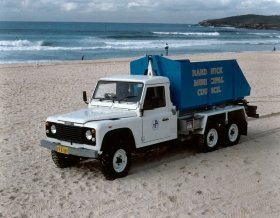 Land Rover sold a limited number of (pre-series) vehicles to civilian customers before the army contract. These vehicles do have the standard Land Rover 110 cab and front axle, while the rear axles are the wider army spec axles.

The Australian army started to sell its Land Rovers in 2013, as new the Mercedes G and G 6x6 entered service. These decommissioned Land Rover find now their way to civilian customers.

From the 17 vehicle variants reported, here are a number of variants: 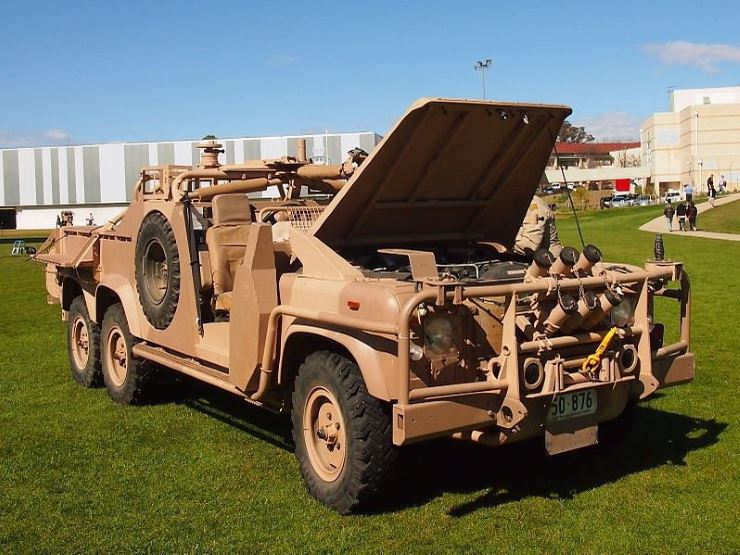 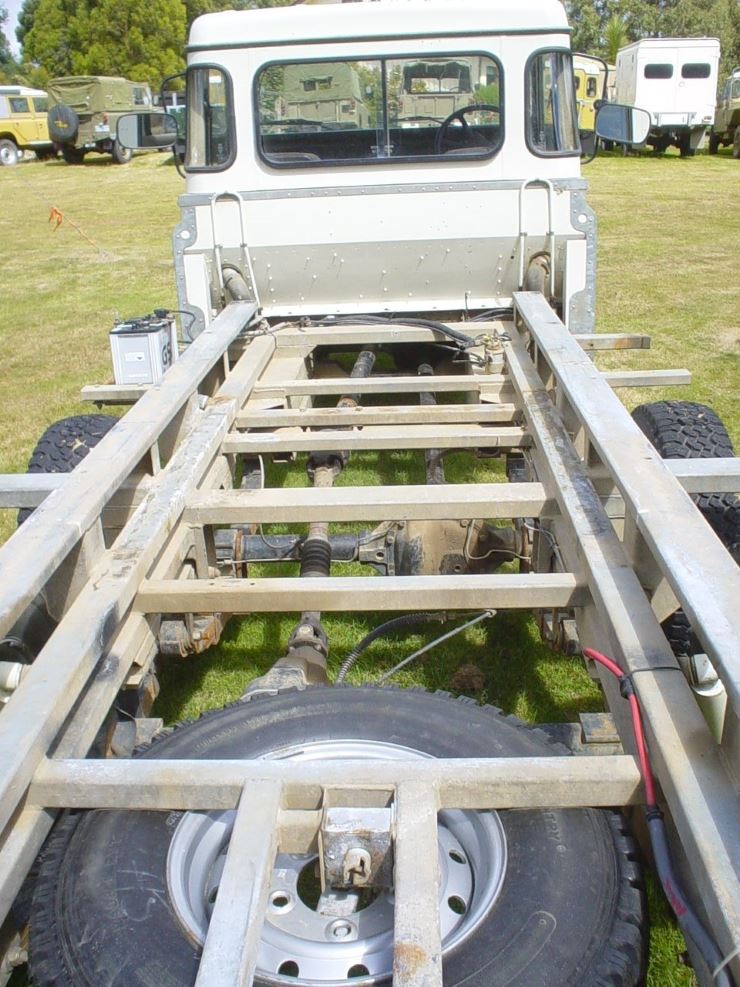