Land Rover South Africa did also build a very limited number of 6x6 versions, based on the 110.

During the second phase of the construction, the frame was cut and stretched to make room for the third axle. The rear of the frame does have a typical Land Rover shape. This section of the frame is lower than the section on top of the rear axle and it houses the fuel tank.

Both the rear axles have coil springs without a load sharing mechanism. The original rear axle in mounted in third position, the second second axle is a modified axle. It does have a pass through. Some sources claim is was build by Reynolds-Boughton.

The vehicles have a permanent 4 wheel drive on the first 2 axles. The third axle is drive via the pass through in the second axle, the drive is engaged via a clutch. This clutch in engaged when the central differential is locked. The rest of the drive line is stock.

Only a limited number of vehicles have been build. Some of these vehicles did receive a specialised body afterwards, including workshop trucks and cherry pickers.

Given the the fact these vehicles are very rare, an number of these converted vehicles have been restored after their active use by the first owner. In some cases they did received a different body. 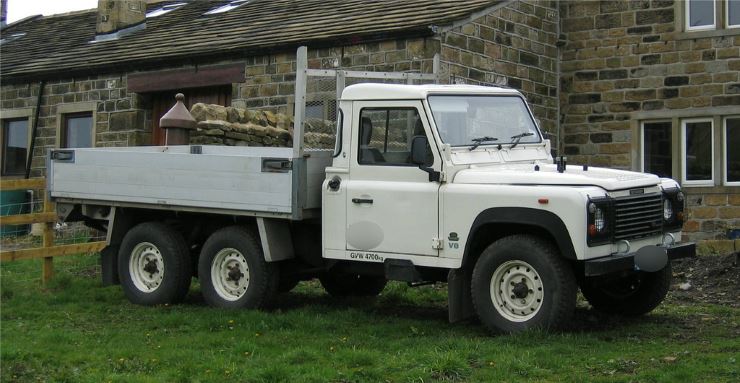