The DURO is a family of modular 4x4 and 6x6 vehicles, designed as a tactical army vehicle. It was first sold by Bucher-Guyer AG, later by MOWAG and now by General Dynamics. 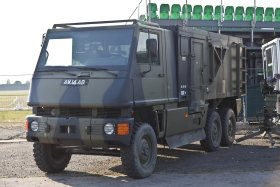 The name DURO stands for DUrable and RObust. The Swiss firm Bucher-Guyer AG developed this vehicle. In 1994, the Swiss army ordered the first batch of 3000 vehicles.

MOWAG (also a Swiss firm) acquired the right in 2002. It launched the DURO III in 2004. Later on, MOWAG was taken over by General Dynamics. Now it is now part of General Dynamics European Land Systems. (GDELS)

Over the years, the design of the DURO evolved. The DURO III does share its chassis and driveline with the Eagle V from General Dynamics European Land Systems.

The vehicle does use a Cummins diesel engine. The first generations of the DURO did use the 5.9 L ISBe 6-cylinder turbo diesel. Later generations use the 6.7 L 6-cylinder ISBe engine. An engine which is produced in Europe (Italy)

Some sources say the first DURO vehicles did have a VM diesel engine. It was not possible to find verification for this information.

The gearbox is an Allison 5-speed automatic gearbox.

A 2-speed transfer case is mounted in front of the second axle. 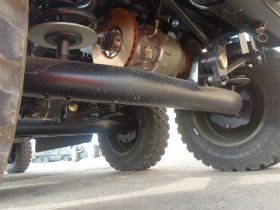 The vehicle does have TORSEN self-locking differential, including in the inter-axle differentials. It is not clear if these TORSEN differentials have been used in all vehicle generations. 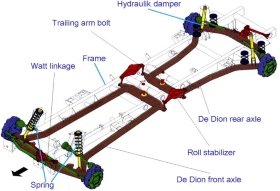 The vehicle does have coil springs on all axles, assisted by a Watt linkage. (for axle location)

The DURO does have a patented stability system which allows the two first axles to flex in opposite directions. When both axles flex in the same direction, it acts as a stabiliser. This system consists of 2 large U-shaped axle location bars, which have 3 mounting points. 2 on the axles and one centre on the frame. These bars are interconnected by 2 small stabilisers. These stabilisers prevent the axle location bars to move when the vehicle tilts to one side. So, the location bars become a spring which supports the vehicle.

This updated version of the DURO was first sold in 2004. It is designed by MOWAG and is the basis for the vehicles sold today.

The DURO IIIP is the armoured version of the DURO III. This vehicle is only available on a 6x6 chassis.

Rheinmetall Landsysteme builds an armoured body for this vehicle. At least for the vehicles sold to the German army.

The chassis of the Yak is upgraded to better handle the extra weight of the armour.

The cab is higher than the one of a DURO IIIP.

At this moment is the German army the only user of this vehicle. The German army does several of variants of the Yak, for different applications.

Some of DURO IIIP vehicles have been upgraded to the Yak specification. 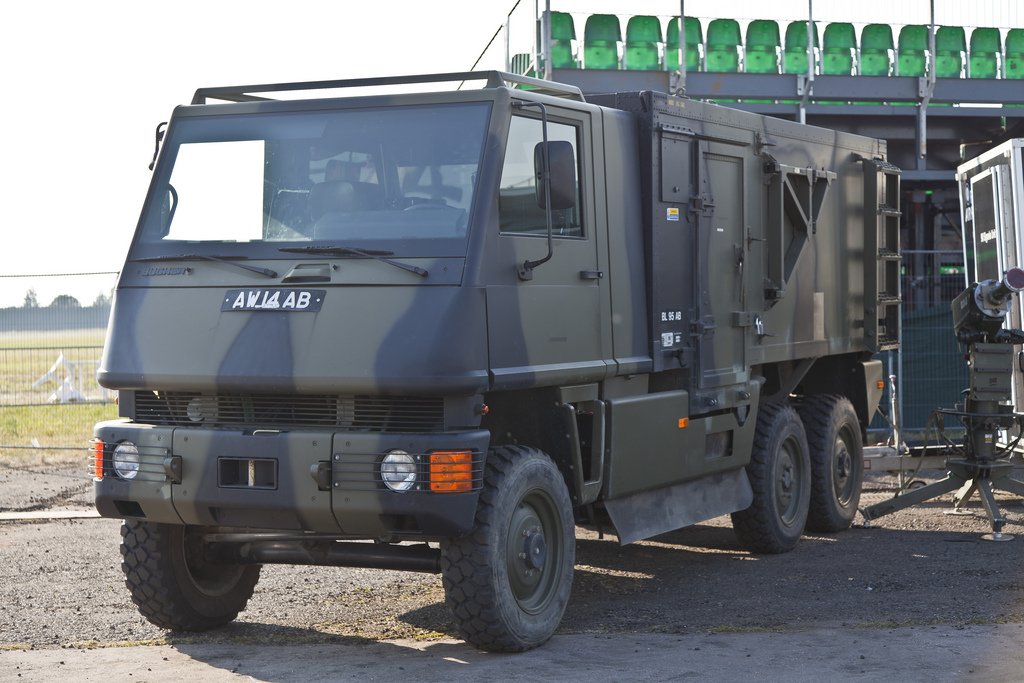 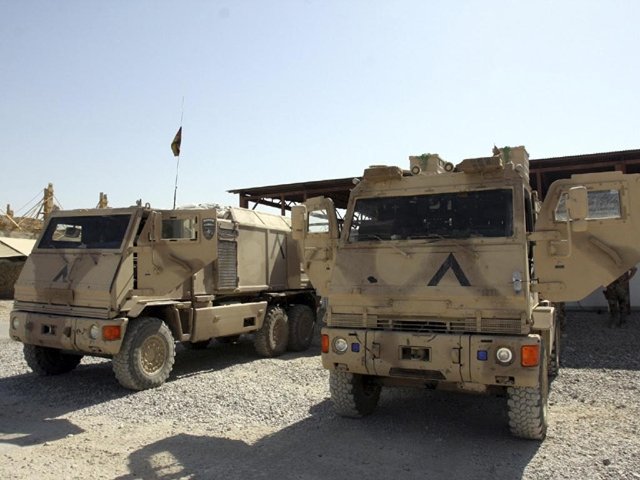 The DURO IIIP (left) and the Yak (right) in service at the German army. (Picture credits German army (Bundeswehr)) 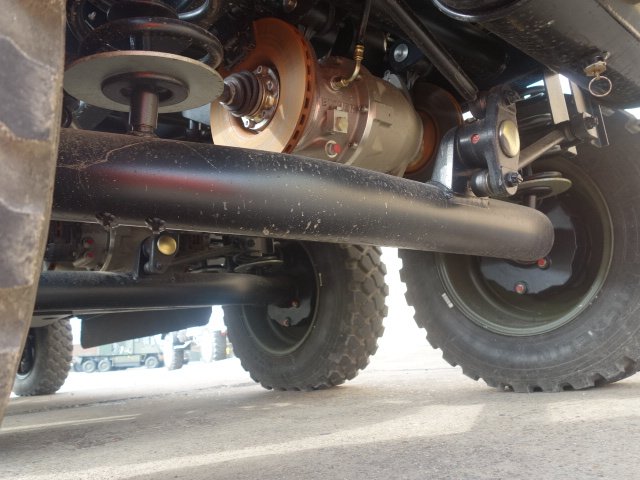 The DURO de Dion tube. On top the differential and the disk brakes. 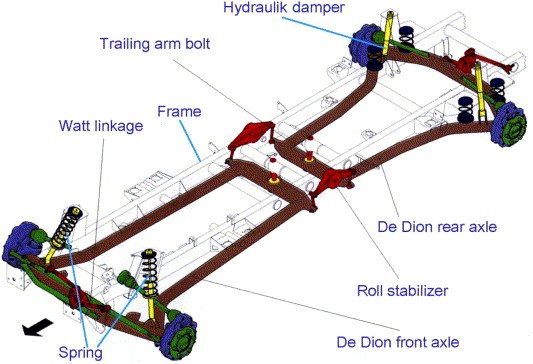 The axle location on the DURO