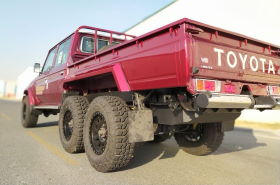 The vehicle is available as a chassis cab conversion, as a 6x6 vehicle with a bed and accessories or as an off-road camper.

The company does also build 6x6 conversions of the Toyota Land Cruiser 79.

The conversion of the frame starts by cutting it in half on top of the rear axles. A new frame section connects the two parts of the original chassis.

A reinforcement of the front section prepares the chassis for the increased GVM. 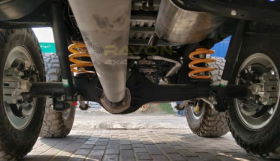 Both rear axles are modified Toyota units. The axles have a track width correction, a reinforced axle housing and heavy-duty Chromoly axle shafts. The differential in the second axle is an after-market Ford 9-inch differential, which as an air locker. The other axles have the original OEM diff locker.

The second axle drives the third axle via a pass-through and a mechanical clutch which locks when the second axle loses traction.

The vehicle does have disc breaks on all axles.

The vehicle is available with 3 engine options:

All three engine options have a 5-speed gearbox and a 2-speed transfer case. 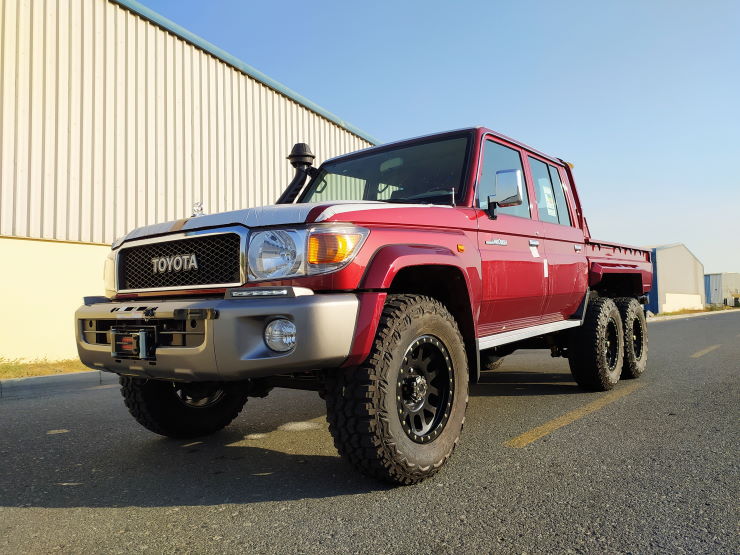 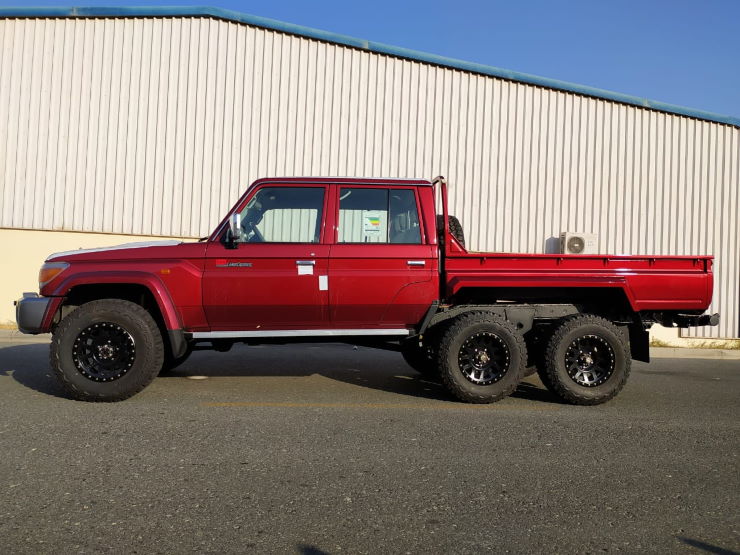 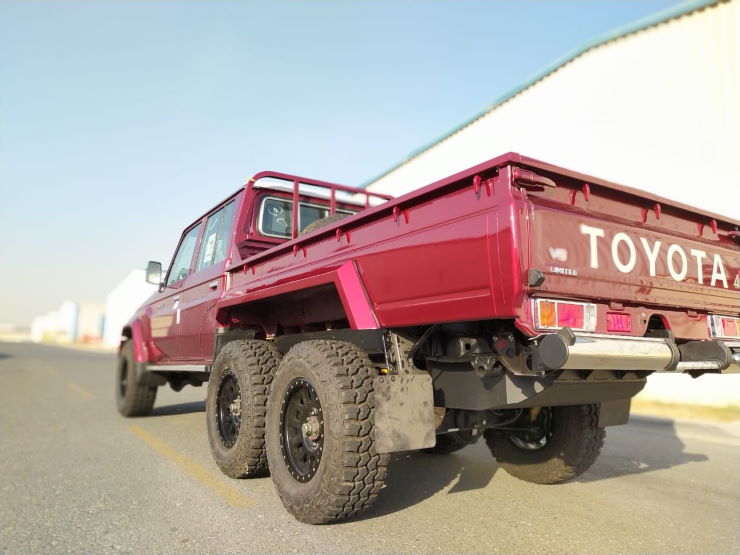 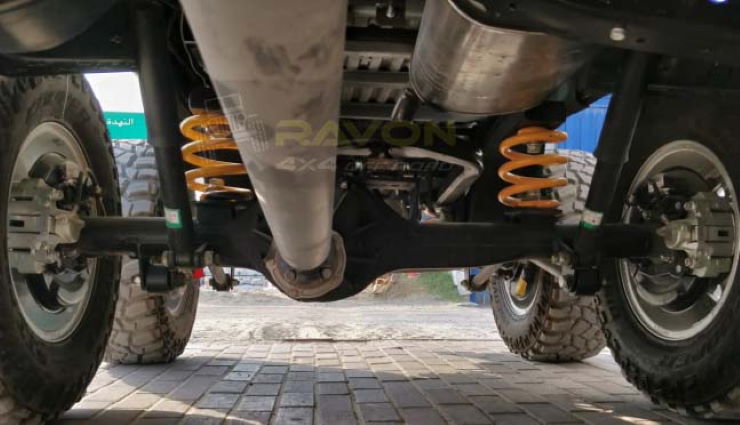 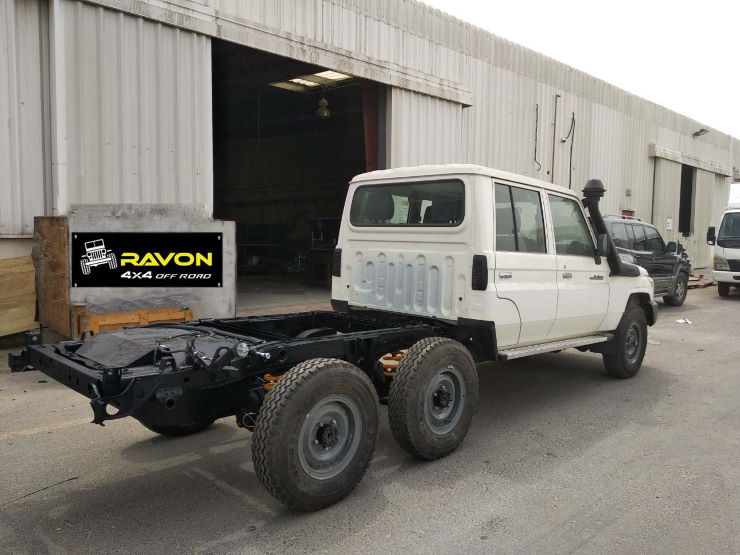 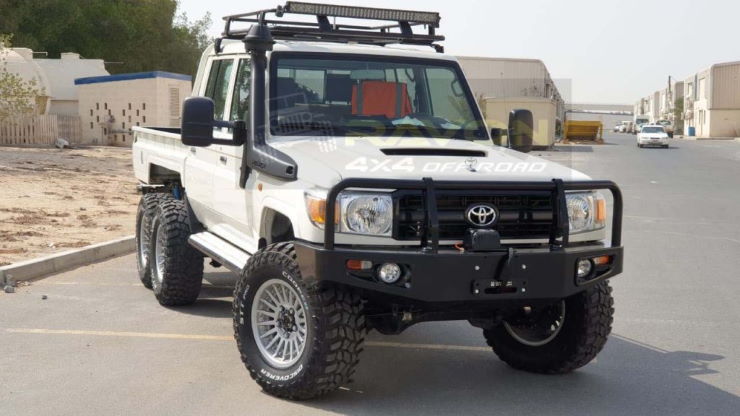