Multidrive Technology offers a 6x4 and 6x6 conversion of the Toyota Hilux. This conversion replaces the rear section of the frame by a custom one. The rear axles do have leaf springs and a load sharing mechanism. Both rear axles of the 6x6 have a fully floating design.

Multidrive Technology (MDT) started converting vehicles into 6-wheelers back in the ‘80. Over the years, it used various models and manufacturers. Now it does offer conversions off the Toyota Land Cruiser 70 series and Hilux and the IVECO daily

Other products are a chassis (wheelbase) extensions and GVM upgrades for pickups (called utes in Australia). 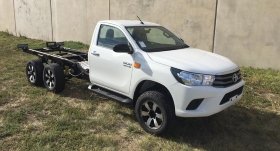 The layout of this conversion is similar to the 6x4 and 6x6 conversion of the Toyota 70 series by Multidrive. The second axle is the drive axle, and the third axle is a tag axle (or lazy axle) in the 6x4 conversion.

In this 6x4 and 6x6 conversions by Multidrive is the rear section of the frame replaced by a custom build one. The original chassis stops on top of the first rear axle. 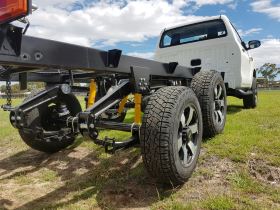 Multidrive converts the Hilux rear axle into a fully floating axle. The 6x6 conversion does have rear axles with the differentials in an offset position. This offset allows the prop shaft of the third axle to clear the differential of the second axle.

The third axle in the 6x4 conversion is a non-drive tag axle (or lazy axle).

A custom gearbox by Multidrive (called the “Power Divider”) sits behind the transfer case. It contains a Detroit Locker which permanently drives both the rear axles.

Explorer Motorhomes uses the Toyota Hilux 6x4 and 6x6 conversions by Multidrive for its Discovery motorhomes.

PLAY! • Another Toyota Hilux 6x4 for our awesome motorhome clients. • Also available in true 6x6 format. Or for the true off-roader we offer the LC79, also in either true 6x6 or 6x4. • Compare us here at @multidrivetechnology as one of the original 6x6 conversion specialists within Australia and abroad. 30+ years experience in the market...compare that! • Simplified and refined over years of use, abuse and feedback. • #MultidriveTechnology #Hilux #Toyota #6x6 #6x4 #Landcruiser #LC79 #VDJ79 #Motorhome #Offroad #Touring #Overland #Engineered #Built #Compliance #CompareThat #LocalContent #SCHMICK 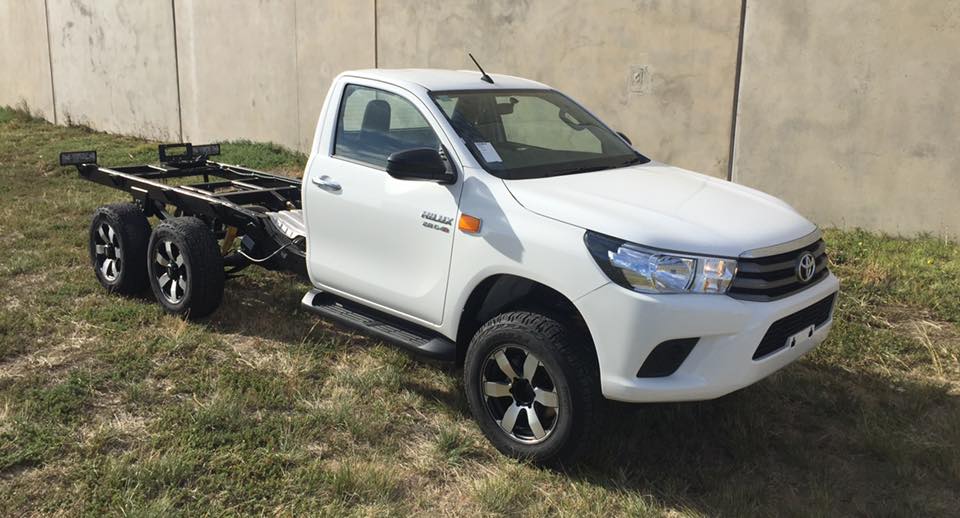 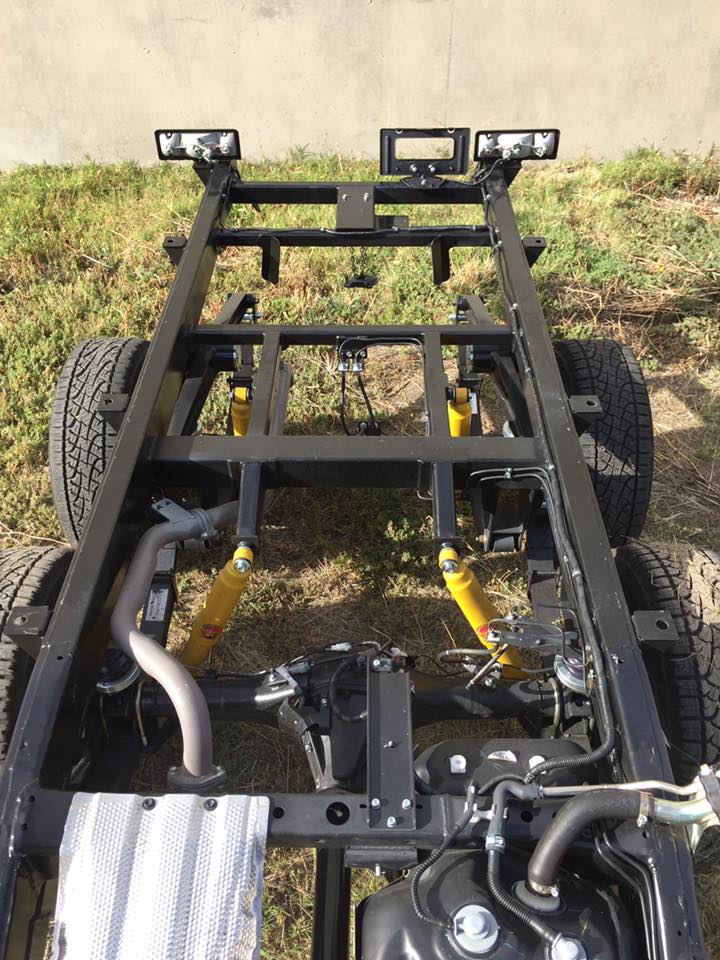 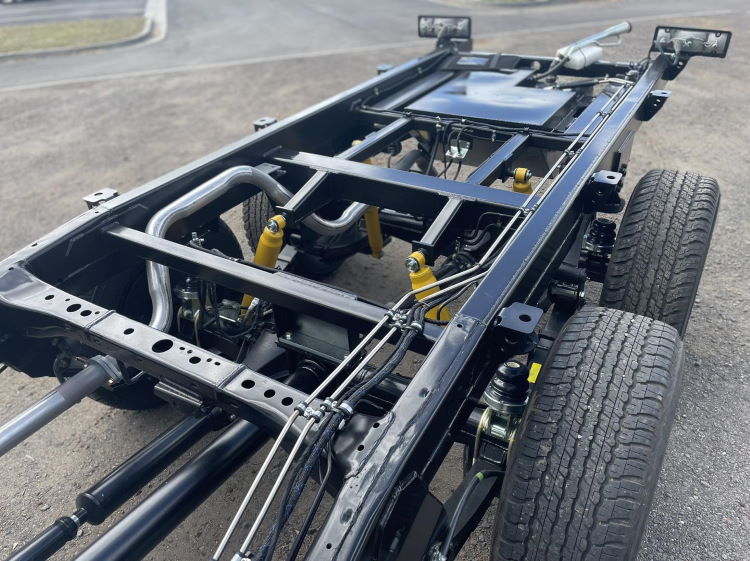 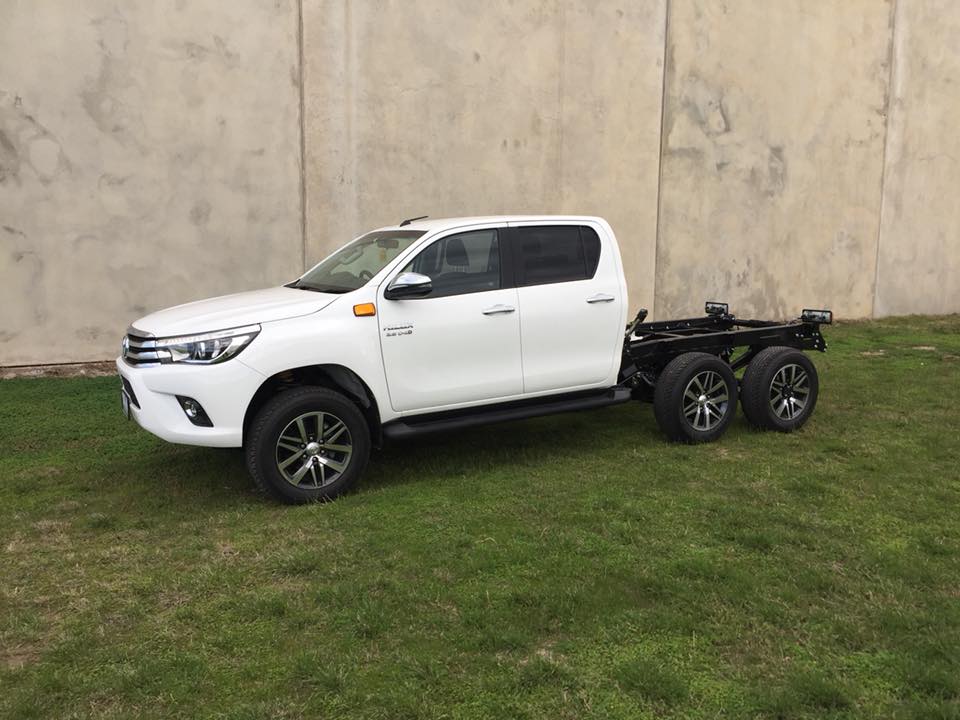 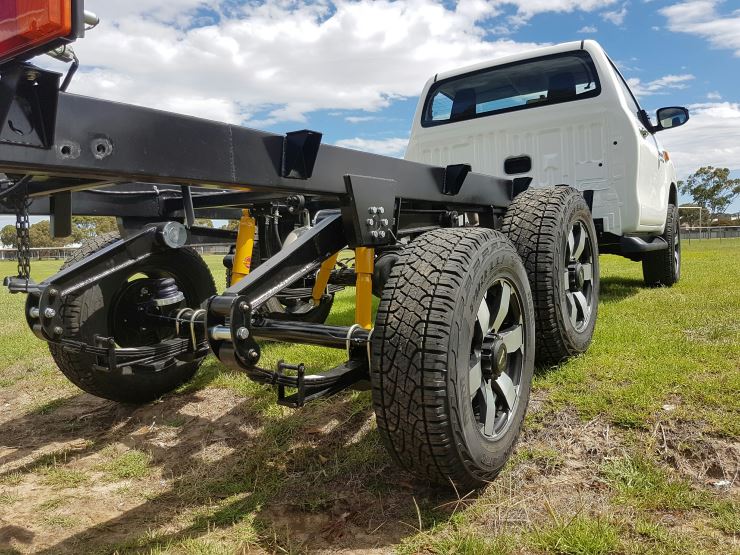 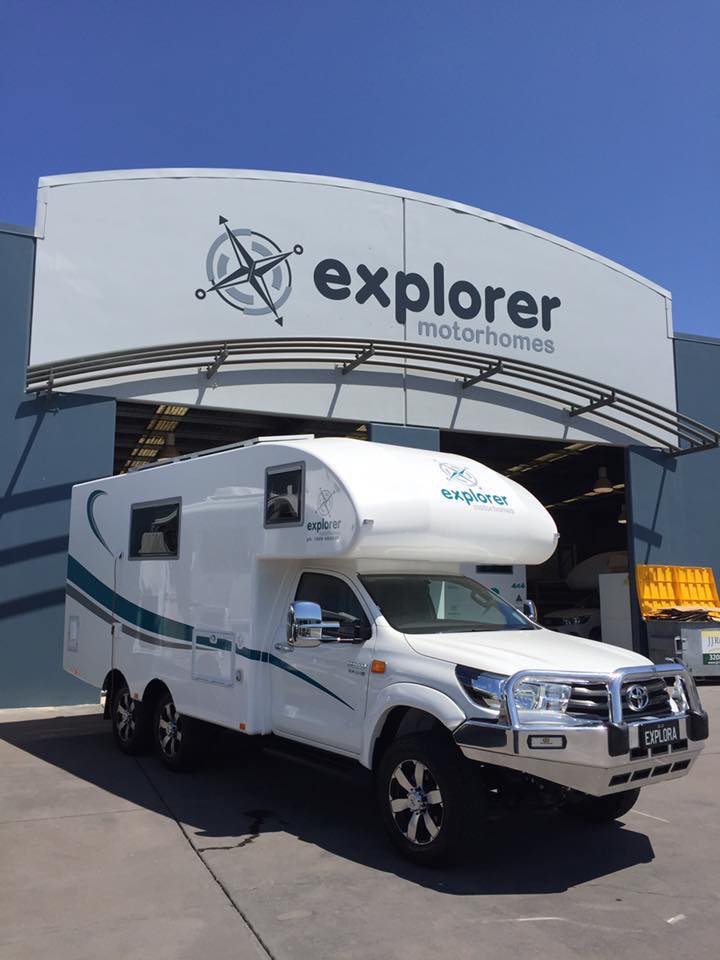