The Land Rover Flying Huntsman 6x6 is a custom vehicle by Kahn Design. It is based on a Land Rover 110. The vehicle has a range of interior and exterior modifications.

Kahn design offers various customisations for cars, including Land Rovers. The modifications consist of a range of interior and exterior modifications. 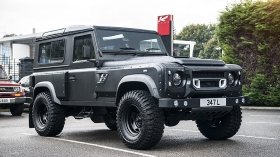 Chelsea Truck Co. is the subsidiary of Kahn Design, which sells modified versions of the: 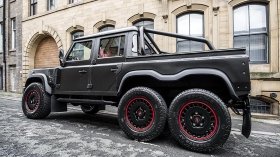 The base vehicle is a Land Rover Defender 110 diesel 2.2 TDCI. (Diesel) De Flying Huntsman 6x6 consists of a 6-wheel drive conversion and a range of mechanical and Styling upgrades. (including an upgraded exhaust)

It was presented at the 2016 Geneva Motor Show.

The vehicle is around 880mm longer than a normal Defender, and its track is 150 mm wider.

A custom electronic differential and a switchable six-wheel drive are listed on the specifications sheet.

The Flying Huntsman Longnose is heavy modified Land Rover Defender 90. This vehicle has both a stretched front end (440 mm) and its track is 150 mm wider.

The 6x6 version of the Longnose debuted at the 2015 Geneva Motor Show. The prototype vehicle is powered by a GM LS3 V8 (430 HP) and a GM automatic gearbox. The 6x6 version is no longer available.

The Flying Huntsman Longnose is now only available as 4x4, powered by a Land Rover Diesel or a 550 HP GM LS3 V8.

Armoured versions (B4 and B6) of the Flying Huntsman Longnose are available via Kahn Design. 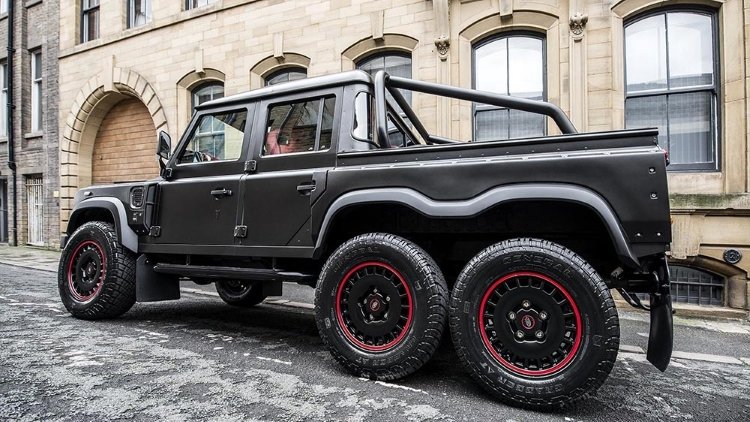 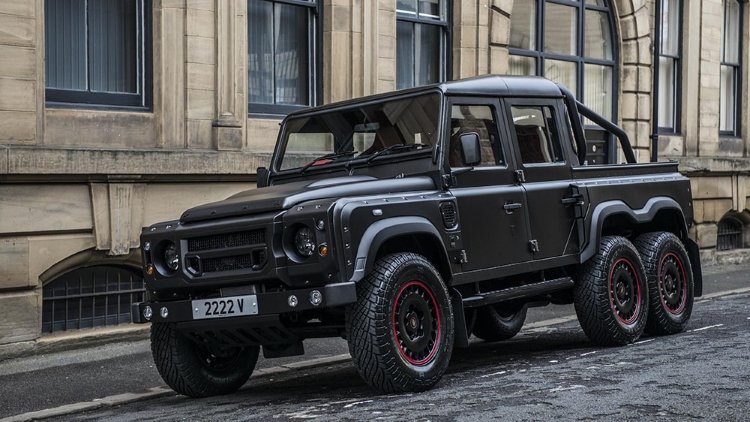 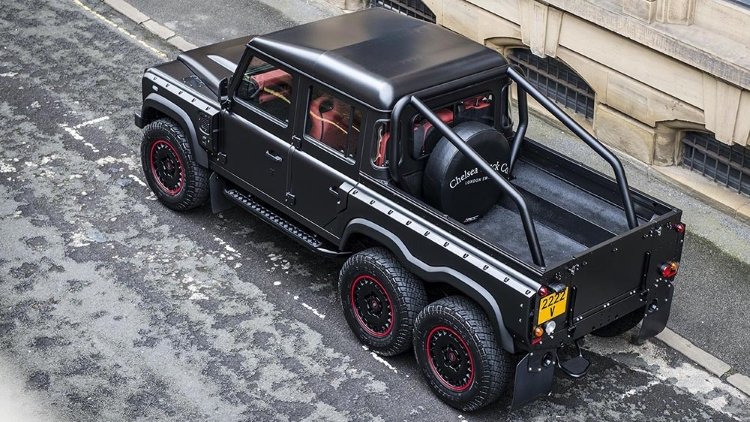 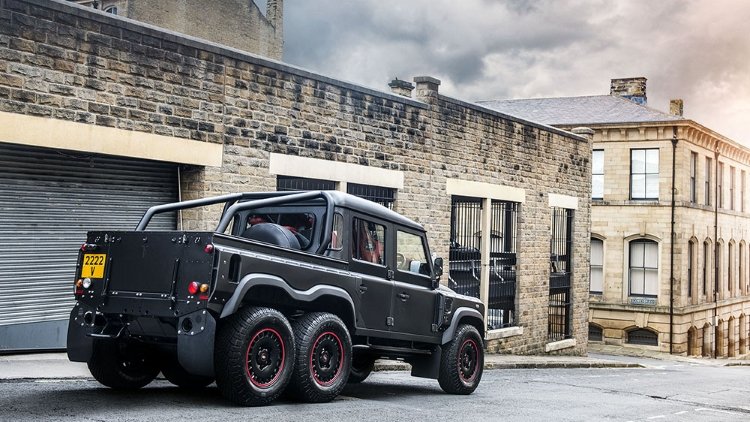