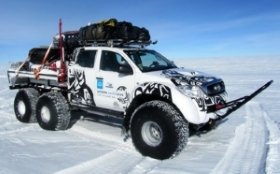 Over the years, Arctic Trucks did build a number of Toyota Hilux 6x6 conversions. Most of these conversions have been built for use on snow in Iceland and the South pole. By using the typical 38” and 44” low pressure tyres, these vehicles have a very low ground pressure. Beside these Arctic exploration vehicles, Arctic Trucks did build a number of Hilux 6x6 conversions on 33” and 35” off-road tyres.

At least 8 Hilux 6x6 vehicles are in use on bases in Antarctica (according to Arctic Trucks). Each vehicle was custom build. Due to the low temperatures and the availability of fuel, the vehicles do use jet fuel mixed with lubricants. 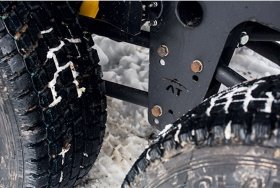 The rear axles have a custom 4-link type suspension with heavy duty coil springs and high performance shock absorbers. This rear suspension should have a limited self-steering during cornering, thanks to the axle location around a central point in between the rear axles.

The front suspension is modified

The engine, gearbox and transfer-case are stock. All vehicles do have a diesel engine. Arctic trucks does offer diff locks on all 3 axles and the transfer case inside the second axle.

A transfer case mounted inside the second axle, splits the power between the 2 rear axles (60/40 split).

Some sources claim the first 6x6 was built as a demo vehicle for Army customers in the north of Europe. These first conversions did have leaf springs on the rear axles.

This are the specification for the Hilux 6x6 on 35” tyres, build by Arctic Trucks Russia. 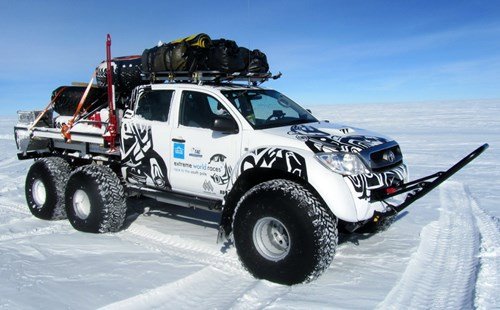 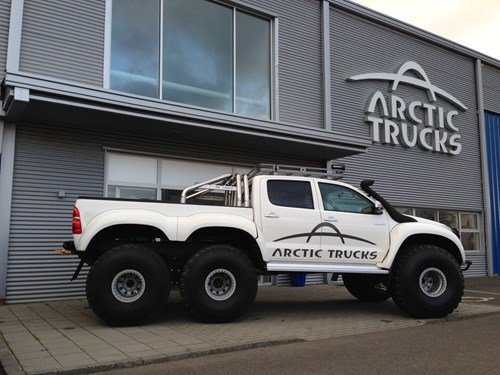 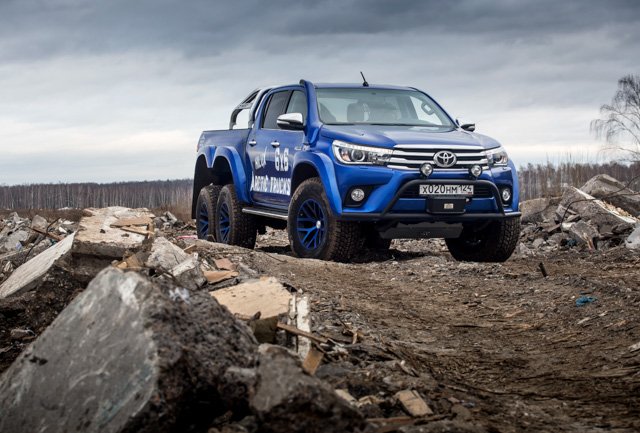 The build of an expedition vehicle

The vehicle in this video is probably the oldest 6x6 conversion by Artic Trucks. 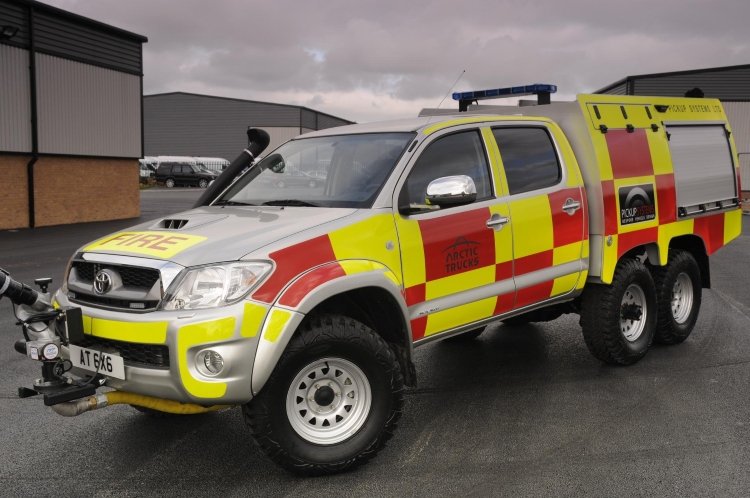