An overview of the available conversion.

First step in the conversion is the frame. This is cut in half on top of the rear axle. A frame extension of 1000 mm to 1200 mm (depending on the type of vehicle) is welded in between the both parts of the frame.

The extended frame can be reinforced, this depend on the GVM of the converted vehicle. 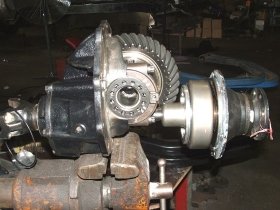 The original rear axles is mounted in third position. The second rear axle is a modified axles, which has a pass-through to drive the third axle.

Both rear axles are connected via a clutch (power-divider), which engages when the second axles loses traction. At that point, the third axle is driven. 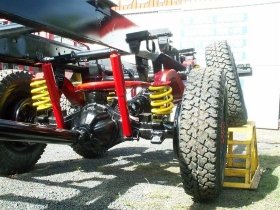 The conversion does have coil springs on the rear axles, with a load sharing bogie on top of these springs. The rear axles have up to 400 mm wheel travel, for an optimal grip off-road.

The geometry of the suspension is designed to provide a (limited) self-steering in corners. When the vehicle takes a corner, the weight shifts to the wheel on the outside of the corner. This pushes the springs in and the suspension arms increase the distance between the 2 rear axles.

On the wheels at the inside of the corner, the opposite does happen. As there is less weight on this springs, the suspension arms decrease the distance between the rear axles. 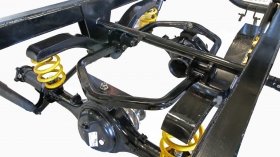 This results in less tyre scrub in corners and an improved road holding of the vehicle.

The downside of this geometry is a decreased grip when de vehicles is drive on a sideward slope. There the self-steering suspension decreases the grip and the vehicle tends to slip sideways. 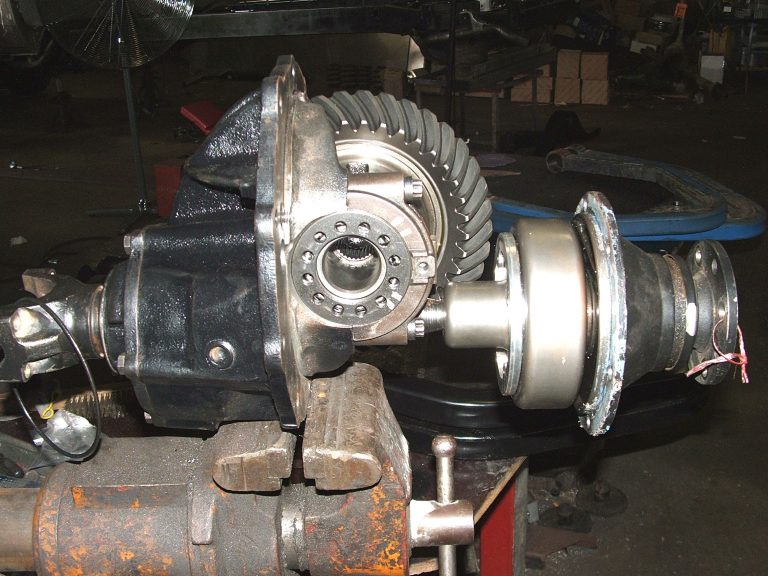 This is the drive-through, mounted in the second axle. The power-divider clutch is mounted. 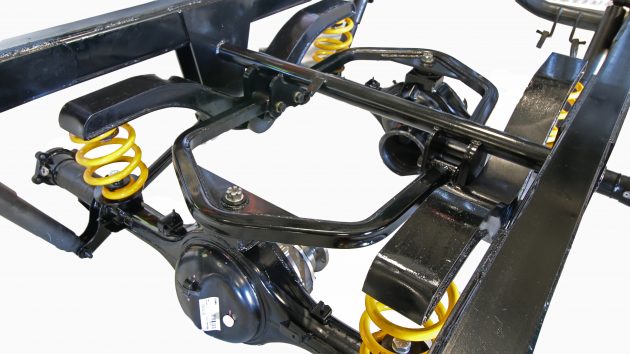 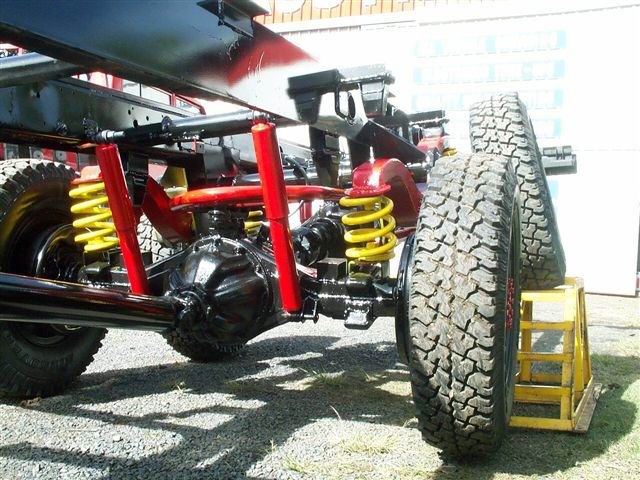